An image sent back from the Red Planet has revealed an object bearing an uncanny resemblance to a wooden log. It was captured by the Mars Rover near the Endurance Crater.

The find has excited conspiracy theorists who say it’s evidence there are forests on Mars that have been kept from the public.

Duh! Of course there’s wood on Mars. What else do you think the house of the Bigfoot on Mars is made of? 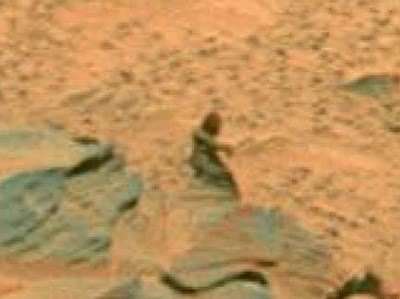