Here we go! This is what you have been waiting for, we have your final and Fatal Four. 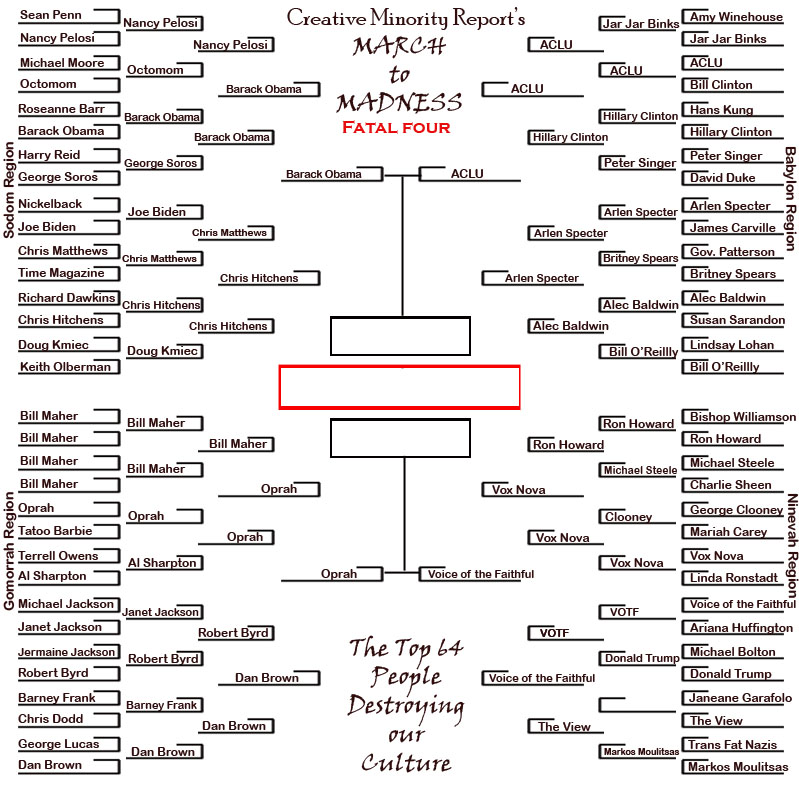 Barack Obama, the most pro-abortion president ever, the man who suggested that preventing infanticide was an undue burden, the man who made reversing Mexico City and ESCR policies top priorities was a clear favorite for the final four and he made it.

The American Civil Liberties Union is conducting a determined and long-term campaign to remove every trace of Christianity from America’s government, schools, public property, and public discourse. They are clearly one of the most destructive forces in the culture.

Oprah Winfrey. Oprah runs a cult disguised as a television show. Oprah’s brand of celebrity is particularly dangerous as she presents a very reasonable and charitable face to the world while championing everything but truth.

Voice Of The Faithful is out to destroy, as if it were possible, the Church. Using the defense of victims of abuse as their launching pad, they champion every kind of dissent possible while still claiming to be Catholic. For this they have earned thier top showing.

Next Up. The Championship Game.