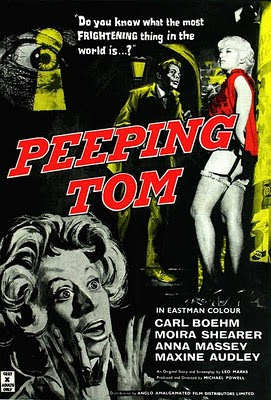 Holy Big Brother! A school district just outside of Philadelphia is being accused in a lawsuit of spying on students at home with a webcam embedded in school-issued laptops. Oh boy! The lawsuit was filed by parents of a 15 year old student.

Lower Merion school district is saying they did nothing wrong. But they’ve promised to stop immediately.

According to The Lede:

The suit states that on Nov. 11, 2009, Lindy Matsko, an assistant principal at Harriton High School, informed Blake that he “was engaged in improper behavior in his home, and cited as evidence a photograph from the Webcam embedded in [his] personal laptop issued by the School District.” (The complete text of the suit was posted online by The Philadelphia Inquirer.)

The suit adds that Ms. Matsko subsequently confirmed to the boy’s father that the district “in fact has the ability to remotely activate the Webcam… at any time it chose and to view and capture whatever images were in front of the Webcam.”
In a letter to parents posted on the school district’s Web site late on Thursday night, Christopher W. McGinley Lower Merion’s schools superintendent, admitted that a security feature allowed the Webcams to be activated without the knowledge of the laptops’ users, but claimed that it was only used to track lost or stolen computers and had been disabled on Thursday.

Yeah. What could go wrong with this kind of power in the hands of the school district? This couldn’t be abused or anything, could it?