Father of 8 to Become Priest 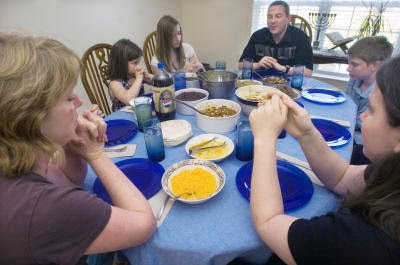 Raised in a Jewish home, he converted to Christianity, married, became a Protestant minister, had eight children, is a pro-life leader, and finally converted to Catholicism a few years ago. That’s a long and winding road but now the 51 year old is becoming a Catholic priest.

Yeah. That’s a heck of a life and he’s just starting out. Amazing.

There’s a nicely done and factual story on the man in the York Daily Record, a newspaper in Pennsylvania. There’s a little bit of the “Look! A married priest!” but it’s a good story:

Paul Schenck, 51, of Manchester Township will be ordained by Bishop Victor Galeone of the Diocese of St. Augustine (Fla.) during a 10 a.m. Mass at St. Joseph Catholic Church.

Galeone, a longtime friend of Schenck’s, will perform the rite because the Diocese of Harrisburg has been without a bishop since Kevin C. Rhoades moved to an Indiana diocese in January.

Schenck, a father of eight children ages 9 to 31, began his journey to the priesthood six years ago when he converted to Catholicism after more than 20 years in evangelical and Anglican ministry.

Brought up in a Jewish home, a teenaged Schenck found Jesus in a Methodist chapel in western New York…

God bless him and his family.