Pelosi Not Just Mean, Delusional Too 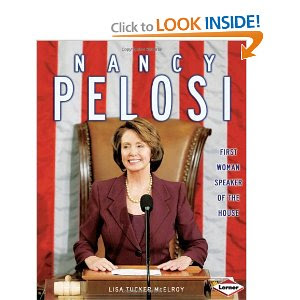 Nancy Pelosi isn’t just mean she’s delusional too. After pointing out that John Boehner is “known to cry” Pelosi said she’s a little angry because she didn’t get a lot of publicity.

“You know what? He is known to cry. He cries sometimes when we’re having a debate on bills. If I cry, it’s about the personal loss of a friend or something like that. But when it comes to politics — no, I don’t cry. I would never think of crying about any loss of an office, because that’s always a possibility, and if you’re professional, then you deal with it professionally,” Pelosi (D-Calif.) told the New York Times magazine.

She noted: “I have deep emotions about the American people. If I were to cry for anything, I would cry for them and the policies that they’re about to face.”

So she essentially has taken on the tactics of a threatened kindergartener on the playground by calling her rival a crybaby. That’s just weirdly mean, isn’t it?

And maybe Nancy can’t cry because of all the Botox. If she retains the ability to cry it would only be crocodile tears of bochelism toxin.

So after being mean, Pelosi then pretended to be a victim by playing the gender card. She said:

“I was the first woman speaker. It didn’t get that much play. And I’m not a publicity seeker, so it was OK with me. Boehner, before the election, they had him on the cover of Newsweek. Now he’s on the cover of Time, and women are coming to me and saying, ‘Is the job less important when a woman holds it?’

Did that crazy person just say it didn’t get a lot of play.

Or maybe she forgot this book:

But big fat crybaby John Boehner’s getting all the publicity while everyone ignored poor widdle Nancy. You know, I’m starting to think Nancy Pelosi might not be balanced.