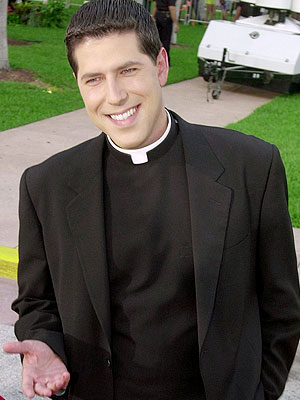 He was the Miami priest who got caught playing smoochy smooch on a beach and converted to Episcopalian-ism quicker than you could say Archbishop Milingo.

Well now Former Father Cutié is now an actual father to a cutie of his own.

“We…take this opportunity to thank our family, church community and friends for your love and support,” Alberto said in an email announcement on Thursday.

“There is great joy in being a Father, who is also a ‘father.’ We are truly blessed!” he said.

Remember, the one to truly feel sorry for here is the baby. Not because her father wasn’t much of a Father and kind of a unfaithful jerk. Not because she has a silly last name that requires you to be extra pretty or be picked on forever. Those things are bad enough, but to be born an Episcopalian too? That’s just adding insult to injury.