They Thought the Tea Party Was Bad 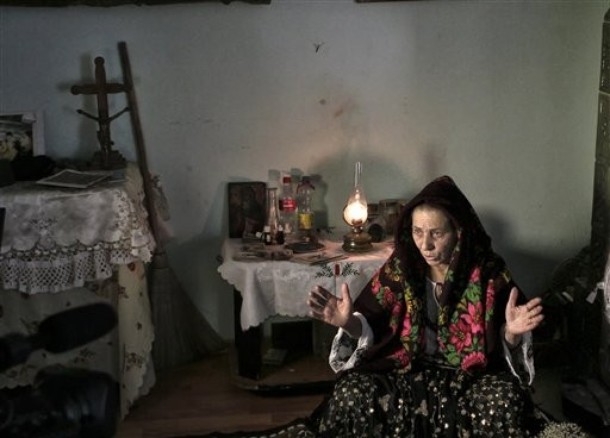 Conservative witches casting spells against those in government trying to raise their taxes? And libs thought the Tea Party was bad.

Angry witches are using cat excrement and dead dogs to cast spells on the president and government who are forcing them to pay taxes. Also in the eye of the taxman are fortune tellers, who should have seen it coming.

And President Traian Basescu isn’t laughing it off.

Neither would I. Did you get a look at that witch lady? She’s straight out of every wolfman movie I’ve ever seen. I’m gonna’ have nightmares for a week. And let’s face it, if someone hates you so much they’re willing to play with cat poop and dead dogs that’s someone to worry about.

Update: I think I deserve kudos for getting through a whole post about witches without making a Nancy Pelosi joke. Impressive, huh?