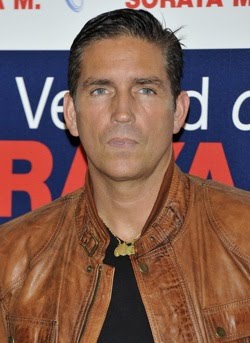 Here’s a reason to many of you to set your DVR’s.The Wrap reports:

James Caviezel, known for his title role in the Mel Gibson epic “The Passion of the Christ,” has come aboard the upcoming CBS pilot “Person of Interest,” from “Lost” executive producer J.J. Abrams.

The pilot, which revolves around a CIA agent who teams up with an eccentric billionaire — portrayed by “Lost” alum Michael Emerson — in New York City to prevent crimes, is being directed by David Semel, formerly of “Heroes.”

I’m a fan of Abrams who rebooted the Star Trek franchise last year very successfully and brought us “Alias” and the bestest show like evah in “Lost.”

Hey, I even liked Abrams’ short lived spy romp “Undercovers” from this year. I was shocked when that got cancelled.

And about Caviezel? The guy rocks. I think his career probably took a hit the moment he agreed to star in “The Passion.” But I’d love to see him be part of a huge television success.

Think you guys will check it out?