Dude. How Does a “Sex Conference” Bomb? 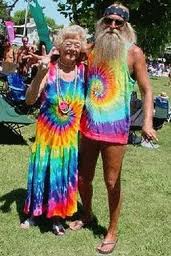 OK. How did Fordham University’s conference on sexual diversity fail. It had all the makings of a hit. Seriously, how does a sex conference fail? Just say the word “sex” and people pay attention.

And throw in the bonus of saying bad things about the Catholic Church at no extra cost.

So let’s get this straight. The folks at Fordham set up a conference completely dedicated to two of liberals’ favorite things- namely sex and church bashing. And it failed.

Just a hundred or so curious souls bothered to show up, and though the event was mostly a bomb, it did have its moments. They heard from someone who confessed how he mutilated his genitals, and others so depressed they made the mutilator sound normal. Indeed, some of the tales would have made Rod Serling’s head spin.

Father John Dufell, ever the helpful priest, was there to give advice: when asked by a homosexual how he is supposed to deal with his inadmissibility to become a priest, Dufell told him to lie. He said it was okay to lie because it is the “system” in the Catholic Church that is broken.

One poor soul who attended sounded absolutely virginal: “I expected it to be a discussion of church teaching, but instead it kind of assumed that church teaching was wrong—and I wasn’t expecting that.” Didn’t he know where he was?

In any event, it was nice to learn that Erma Durkin, who traveled all the way from Maryland, found the sessions “very encouraging.” Erma is 82.

Yup. Fordham University somehow found a way to make SEX boooooring. So boring that hardly anyone showed up. Now that takes some doing.