There are some movies that are just so bad that you will never forget them. No matter how much you try.

Matt and I count these among some of the worst movies we have ever seen. In no particular order.

I bet that they though after the success of Who Framed Roger Rabbit that doing the same thing, only edgier, was a great idea. Not so much.

Highlander II
Highlander was great. Then they negated everything the first movie was about by making them 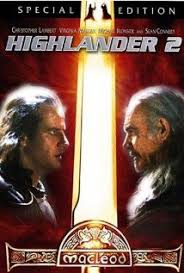 My kids made me see it some years back. I will never forgive them for that 90 mins. Even worse, it introduced Taylor Lautner who has the dubious distinction of being in another horrible movie…

Twilight Part II
Wow. I could not believe how bad this movie was. Put on a shirt, jerk. Vampires need killin’, not understanding. Just bad.

M. Night Double Feature: The Happening & Lady in the Water.
After some great movies and great success, M. Night fired the lady who used to tell him no. The Happening was so bad I actually called Matt from the theater to tell him how bad it was. I usually like Mark Wahlberg and Zooey Deschanel, but the acting was horrendous.

“Mark, just stand there and look blank. No! Blanker!”

Side Out with C. Thomas Howell.

What movies do you love to hate and why?