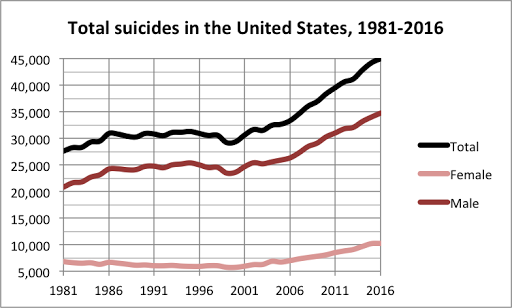 Guys, Netflix is just not that awesome. We’ve been quarantined for months and we’re experiencing a baby bust? WTH?

Experts are forecasting declining birth rates this year as a result of the coronavirus pandemic, putting pressure on the consumer giants that manufacture infant formula, baby food and diapers, The Wall Street Journalreported Monday.

Barclays is predicting that births in China will fall 8% this year, while the Brookings Institute is estimating that U.S. births could shrink by as much as half a million, citing the impact of an economic recession, according to the Journal. This comes as birthrates in the U.S. and China are already at their lowest levels on record.

And the births may not just be delayed. The Brookings report forecast that the permanent loss of income stemming from the pandemic will keep some people from having any children even after the crisis subsides.

A sharp decline in the number of births this year means that Nestle’s Gerber and Reckitt Benckiser’s Enfamil will have fewer parents buying their baby formula. Pampers owner Procter & Gamble and Huggies owner Kimberly-Clark could also see lower sales for their baby segment as a result.

Not having children does have economic ramifications obviously. In fact, the consequences go much further than particular companies. When we have a societal safety net with welfare and social security which depends on a younger generation supporting an older. generation, a baby bust is an economic.  calamity.

I’ve read a few articles on this which focuses on the “uncertainty” of these “troubling times.” I think not having children isn’t simply the sign of “uncertainty” but a spiritual sickness. Faithlessness begets childlessness. And this increases despair and faithlessness.

Look. at these two graphs. The. first is. the. suicide rate in the US:

Now look at the fertility rate.

In popular culture we see people with families in despair. Fathers are especially mocked. Mothers who stay home with their children are looked down upon and dismissed as “less than” and often portrayed as oppressed. But it seems clear to me that the truly oppressed are those who believe the lies they’re fed by the culture.

Exit question: Why the heck is Procter & Gamble donating money to Planned Parenthood? If I’m on that board I’m wondering why the company is literally donating money to kill babies in the womb when it absolutely depends on babies to make a profit? Think about the power the death cult wields in this country that fear of it induces powerful corporations to work against their own interest to express public fealty to the death cult.