Fauci Must Have Learned the Moral Shell Game from the Bishops 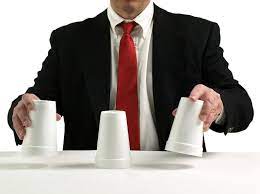 When Rand Paul accused him of signing off on funding for “gain of function” lab experiments on bats at the Wuhan lab, Fauci countered by saying, “In a very minor collaboration, as part of a subcontract of a grant, we had a collaboration with some Chinese scientists.”

So yeah, we gave a little bit of cash to a guy who knows a guy who created a bat virus but it’s all good. No responsibility whatsoever, huh?

Don’t buy it. Not for a moment. Believe me, within days of this thing blowing up everyone one of these crooked power seekers had a pretty strong suspicion exactly where this virus came from. That’s why the media was sent out on a seek and destroy mission on anyone who said out loud that they suspected the Wuhan lab. You were an anti-Asian racist for even thinking it.

This will essentially be just one of the things that most people know like Jeffrey Epstein didn’t kill himself, that Joe Biden didn’t have enough actual votes to win, and Covid-19 emanated from the Wuhan lab. People will know it but the official story will be something else. But don’t you dare mention what everyone knows to be true or you’ll be banned from social media, cancelled, and called a racist. And oh yeah, they’ll come after your job.

This kind of thing can only last for so long. The disparity between the official story and reality will only grow wider. The shell game ends when the table is overturned and everything falls to the ground.