Covid Cases Surging in Every State. Whose Fault is that? 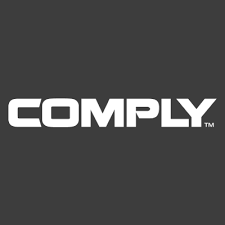 This headline is everywhere today.

The story is that cases are surging. Deaths are not. I pray it stays that way. But one underreported story is that many people who had the vaccine are getting sick with the virus.

If these numbers rise you should be wary of a rising tide of ire focused squarely on the unvaccinated. It is their fault that the numbers are rising. They will find some particularly emotionally moving cases and lay them at the feet of the unvaccinated.

That’s when the real pressure begins. If you don’t vaccinate you’re hurting other people, they’ll say. Refusing to vaccinate is violence. It’s violence against children!!!

What then? Mandates? Violence?

At the very least it seems that this will be used to encourage another round of vaccines.

They will argue that the only thing that can save us is total compliance.

In truth, Dr. Arik Haas of Israel Health Ministry’s Public Health Service, said, “When controlling for age and other factors, the main reason for the renewed outbreak is that the vaccine’s protection fades over time, not that the Delta strain bypasses it.”

That hasn’t been much reported, has it?

So now the compliance demanders will demand that we get vaccinated every six months. You see, it’s not that the vaccine doesn’t work the way it was supposed to, it’s just your stubborn non-compliance.

Our country is split. Americans are willing to think the worst of other Americans. This could end messy. I pray that it doesn’t but I guess we’re not praying enough because we’re hurtling to Hell in a hurry.