Learning From Afghanistan. Without Christ, Civilization Turns to Darkness 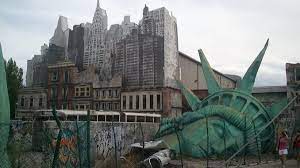 So, we spent billions of dollars and lost thousands of lives throughout two decades in an effort to prop up a western civilization type democracy in Afghanistan. Spoiler alert. It didn’t work.

Perhaps planting those ideas without the base of Christianity doesn’t really work. And it fell.

We should consider this because we are currently doing the same thing. We are playing the nationwide game of Jenga, removing blocks of Christian ideas from the base while expecting the entire structure not to eventually wobble and fall. The West can not thrive or even survive without the transcendent qualities derived from the Christian faith.