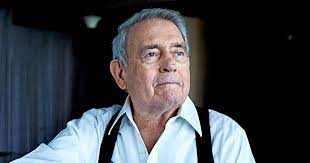 Newsflash: A so-called journalist said something wildly ignorant and hateful towards Christians.

The disgraced Dan Rather said pro-lifers are pretty much the Taliban.

It’s worth noting that many of the same people attacking the Biden Administration for leaving women’s rights behind in Afghanistan are eager to control women’s bodies and choices in the United States.

This is new high score stupid.

Christians believe all life is sacred. All.

On top of that, Christians do not seek to control others because they also believe people are given free will as a gift from God but once again, they do not believe that others have the right to kill others.

Here’s a headline from today that might seek to illuminate some differences between the Taliban and pro-life Americans.

“Taliban kicked pregnant American in stomach and forced her to hide in Kabul after Biden’s withdrawal.”

Does that illuminate things, Dan?

In light of this thought I’m thinking that after this abortion law went into effect in TX, I’m wondering if Joe Biden and the Democrats will airlift pregnant women out of the state. They seem to hate us a lot more than they hate the Taliban.