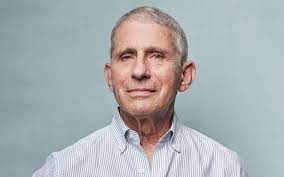 They can’t say vaccines aren’t working well because that could undermine the belief in vaccines.

They can’t say masks don’t work very well at stopping the spread of Covid because that could undermine our faith in those leaders who advocated them.

They must undermine any and all treatments because if people believe that Covid is treatable then fewer people will be vaccinated.

I can’t help but think of a moment in the news about thirty years ago when we learned that Surgeon General Joycelyn Elders decided to withhold information on possible defects in condoms that were being given to schools and clinics in Arkansas while she was state health director.

She concluded that telling the public the condoms had flunked leakage and breakage tests would cause an unnecessary scare and “might have undermined public confidence in condoms.″

This moment really made me pause and had me reconsider my political views, my philosophical views, and even my religious views. It really is utilitarianism. It says whatever is good for the greatest number of people is the better choice. So those young people who believed that those condoms protected them from AIDS or from a pregnancy were cannon fodder. They were acceptable level casualties for a greater good, which was keeping faith in condoms.

When politicians talk about the greater good, the individual is about to be steamrolled.

So, there is truth and then there are bigger truths. There is good and greater good. Therein lies the slippery slope in which you commit an evil to bring about a greater good. But balancing other people’s lives is a role that only God should have. Not politicians and bureaucrats.

Much more recently, Dr. Anthony Fauci admitted he lied to the American people about masks. He originally told us they weren’t effective because he feared we’d all rush out and buy them at the very moment that medical personnel needed them. OK. We understand they needed them but once you lie to us the trust is broken. You can no longer lead us if you’re lying to us, even for what you might think good reasons.

America was founded by those who lost trust in their mother country. Our Constitution was unique in that it mistrusted the very institutions of governing, with checks and balances codified for the citizens’ protection. It would be wonderful if we could trust the people we charge with our care, but experience reminds us that we can’t. The Bible reminds us that we are all sinners, all of us fallen, the only trust being through Christ.

History reminds us that peace and the complacency it breeds foment self-destructive behavior in a society. The politicians currently in power seek to dismantle the Constitution for America’s own good. They ask us to trust them while most things they do smack of dishonesty. Their “Noble Lies” are justifiable as a means of achieving their endgame, but their lust for power is the only truth we recognize as true.

Such is the megalomania of some of the mid-level bureaucrats and small minded politicians that they believe so fervently in their own messianic capabilities that the thought of the country stumbling on without them is too horrible to contemplate. So whatever they do in pursuit of power, it’s always for the greater good. They believe the other party is so horrible that they are morally justified in all sorts of evil because it brings about the greater good of keeping them in power and keeping the other party out.

When you want to know how much evil they’re actually up to, look to how much they demonize the other party. Those two things are in direct proportion.