Christians Are the Most Chill. And They Should Really Stop That. 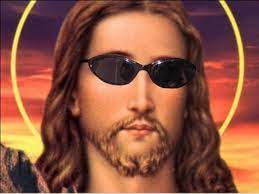 But to be fair, if we’re looking at that, you’d have to turn it over and look at it the other way too. If you’re looking at the culture, Christians are the most chill people on the planet. I mean, totally chill. Nothing gets us irate. No protests. No riots. The most you get is a rowdy school board meeting or some snarky memes getting reposted.

It’s interesting to note what Christians don’t seemingly get incensed over anything. At all. Look, the trans community makes up less than one percent of the people. They’re out there protesting Dave Chappelle like he’s Mussolini reincarnated. And they have to put on a lot of makeup to get ready for their protests. The magic doesn’t happen in minutes. It takes some work.

We don’t protest. Yeah, we get the annual March for Life. But the rest of the year we’re all busy with our lives. I get it. But at some point the cultural victory goes to those with energy. We are sadly, not about the energy but all about the chill.

I realize that in some ways this is a tactical decision. If you’ll recall, back in the day when people were chaining themselves to abortion clinic doors, protesting rock lyrics, and condemning Playboy, our polling numbers were in the tank. We were seen as scolds and church ladies. Many people who even agreed with us didn’t want to be associated with us because we seemed like crazy people.

And, on the other hand, guess who the scolds are now. Yup, it’s the left. They’re harming themselves with all of their riots, protests, and constant shaming and cancelling of anyone and everyone who stands in their way.Put a mask on! Get the jab!! Use my pronouns!!!

People don’t like people who constantly scold them. People don’t like cancellers going after regular people’s jobs. And the left is only getting worse with this and they will eventually pay for it.

So, it’s a smart strategic move for Christians to allow the secular left to morph into the histrionic scolds they once mocked. Christians will chill. It’s playing the long game. I get that. But there’s also something dangerous about maximum chill. I mean, dangerous to an individual human soul. Just because the duck looks all peaceful gliding across the water doesn’t mean his legs aren’t paddling. And I think a lot of Christians right now are peacefully gliding but not doing the work under the surface. They begin to think that the duck just moves.

Pro-life clinics are underfunded and undermanned. Christians aren’t going to Church. Christians are afraid to publicly admit biblical truths such as there are two genders. I’m not saying we should go and get in people’s faces and yell at them. But we also have to be brave and be willing to enrage the scold mob with truth. We do damage to ourselves with too much go along to get along. We are called to be counter-cultural. Get to church. Pray often. Volunteer. Donate. Don’t be silent.