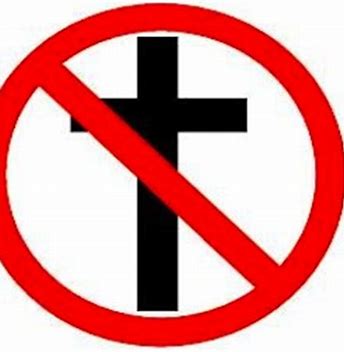 Understandably, the entire country is talking about Dobbs, the court case that could see the overturning of Roe which, would be a great great great thing for babies and everyone with a functioning soul.

A good test to see if you have a functioning soul is to look at this picture. If you can do so without smiling, you may have lost your soul in which case you should go see your nearest priest.

But there’s another case in front of the high court that is also extremely important that nobody seems to be talking about.

The Supreme Court may be set to authorize vouchers at religious schools. Obviously this is not as big as allowing states to stop people from killing babies but this case could have massive ramifications.

One of the main reasons this country is headed to hell in a hand basket is that the secular left has complete control over our schools and our children’s brains. Anything that could act as a speed bump to this is a good thing.

Maine offers tuition assistance for students who want to attend private high schools because public education is difficult to provide in the state’s more rural areas, especially up in the northern areas where I think people may live in igloos and hunt polar bear for sport.

So, two families are suing the state because they want assistance to send their children to evangelical schools (which may or may not take place in an igloo with polar bears acting as teachers.)

Predictably, the Biden administration along with the teachers’ unions are fighting this. Hard. The left doesn’t want unions to lose money and the left also doesn’t want to see Christianity strengthened in this country. It’s about money and power. Always has been.

And you thought schools were about children?

The danger here is obviously that taking the money “could obligate the religious schools to comply with non-discrimination laws contrary to their beliefs, including a prohibition on discriminating against gays and lesbians in hiring,” according to The Free Beacon. That’s why many experts in these things say that the money must go to the parents and not the schools directly.

This is an important case that’s well worth watching.