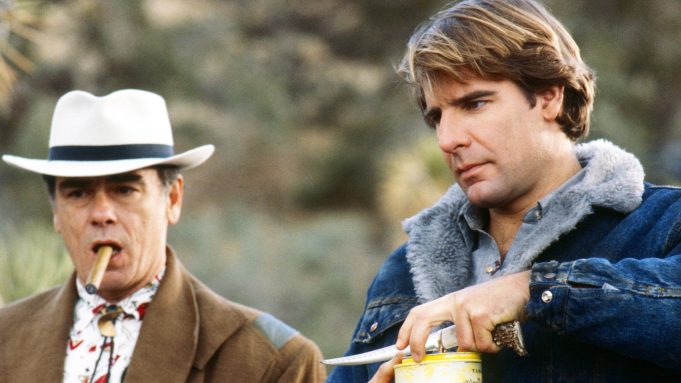 They remade Star Wars and ruined it. Star Trek I don’t even want to talk about.

They remade Magnum PI. They remade Wonder Years for goodness sakes. To be fair I haven’t seen the Wonder Years show yet but the original was such a grew show that I’m very hesitant to go near the new one.

But no. Please no. Not Quantam Leap. This is just too far.

Quantum Leap’s long-rumored return has taken a big leap toward becoming a reality. NBC has given a pilot order to a reboot of the beloved 1990s sci-fi series, which starred Scott Bakula and Dean Stockwell.

Written and executive produced by La Brea co-showrunners Steven Lilien and Bryan Wynbrandt and executive produced by Blindspot creator Martin Gero as well as Quantum Leap creator/EP Don Bellisario and EP/co-narrator Deborah Pratt, the follow-up series is set in present time. It’s been 30 years since Dr. Sam Beckett (Bakula) stepped into the Quantum Leap accelerator and vanished. Now a new team has been assembled to restart the project in the hopes of understanding the mysteries behind the machine and the man who created it.

Bakula is not attached to reprise his role or produce the new Quantum Leap but is aware of the reboot and has had conversations about potentially getting involved. Bakula’s co-lead on the original series, Dean Stockwell, died in November at age 85.

Can’t they just leave it alone? Please. These talentless punks are bereft of new ideas so they spelunk into our childhoods, hoping we’ll be game for a nostalgia trip. Hey, if you can’t come up with new ideas just repackage the old ones and call it nostalgia.

Quantam Leap was not a perfect show. It was a very good show with some great episodes and then some really bad episodes. (Dr. Ruth Westheimer? Seriously?) But it was a good show with a hero who tried to do the right thing, who self sacrificed for others. Just leave it alone. Come up with your own ideas. You’re supposed to stand on the shoulders of giants and reach up, not just squat there, relax, and enjoy the view.