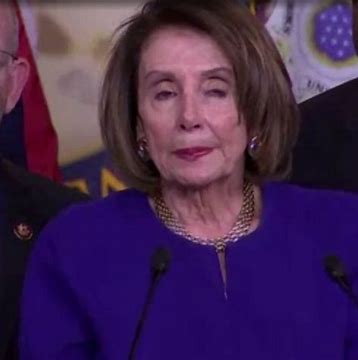 House Speaker Nancy Pelosi pushed back Tuesday on the decision by San Francisco’s conservative Catholic archbishop to deny her Communion over her support of abortion rights, saying she respects that people have opposing views but not when they impose them on others.

The California Democrat says she comes from a large family with many members who oppose abortion. “I respect people’s views about that. But I don’t respect us foisting it onto others.”

That is pretty ironic in that abortion is one person foisting their belief on another one. That is exactly what it is.

Pelosi predictably continued by attacking the archbishop and said “These same people are against contraception, family planning, in vitro fertilization. It’s a blanket thing and they use abortion as the front man for it.”

These people? Who is she referring to?

Is she admitting here that she’s not actually Catholic? If so, that’s fine. Then not receiving Communion shouldn’t bother you at all, right?