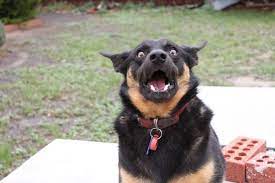 Two weeks to flatten the WHAT?

NY Post: A dog belonging to a gay French couple has contracted monkeypox after sharing their bed — the first confirmed case of human-to-pet infection, according to reports.

The Parisian men, ages 44 and 27, are believed to have contracted the virus after having sexual contact with other guys during their non-monogamous relationship.

The couple said they then noticed that their Italian greyhound had developed pustules on its stomach. A PCR test on the animal later confirmed that it had the virus.

The Lancet medical journal said the dog shared a bed with the two men and perhaps licked one or both of them before licking itself.

Oh. Is that what we’re going with?