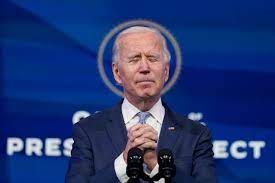 CNA: President Joe Biden on Thursday appeared to suggest — erroneously — that the Catholic Church makes exceptions for rape and incest in its condemnation of abortion.

Biden made the remarks at a fundraising event for the Democratic National Committee at a private home in New York City’s Central Park South neighborhood while discussing a Republican-backed congressional bill to ban abortions after 15 weeks into pregnancy. The president incorrectly said the bill has no exceptions for rape and incest.

“You have Lindsey Graham of South Carolina and others talking about how they’re gonna you know, make sure that Roe is forever gone and Dobbs becomes a national law,” Bloomberg quoted the president saying.

“Talk about, what, no exceptions. Rape, incest, no exceptions,” Biden continued, according to Bloomberg. “Now, I’m gonna deal with my generic point. I happen to be a practicing Roman Catholic, my Church doesn’t even make that argument.”

I know that Rosary Joe once threatened anyone who questioned his faith with shoving his rosary beads down their throat but I’m afraid I’ve gotta’ question his faith a bit here.

But maybe just maybe Theology Joe just has never given a damn about Catholic teaching and just used that as an electoral tool to fool the masses. (He was the most popularly elected president in the history of ever, y’know.) He talks about being from Scranton all the time. Why? Because Pennsylvania has tons of electoral college votes. He doesn’t actually give a damn about Scranton.

What would be nice is if our bishops and cardinals came out to condemn what he said. But what do we hear?