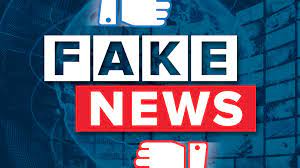 But it’s all cool because they’re allowed to make fun of people for being gay. And its especially ok because they’re making fun of a senator who pretends to be conservative.

MSNBC anchor Stephanie Ruhle and her guests on The 11th Hour were in fits of laughter as they mocked Republican Sen. Lindsey Graham with the implication that he is gay during an off-the-rails segment about abortion policy in the United States.

Toward the end of the show, Ruhle brought up Sen. Graham and the abortion legislation he put forward, which has been a major news story all week. Just mentioning his name elicited some groans from the guests.

Ruhle said Graham is “more than doubling down” with the legislation, and said to the panel “I want you to first help me understand, why would he even be doing this?”

“Why do this? Republicans don’t even support it across the board. He’s dividing Republicans. It’s not like you can get white evangelical voters to vote for you twice,” said Ruhle. “And now they’re knocking out a ton of other potential new voters.”

There were several immediate responses, including Plank pointing out that women are registering to vote in swing states in response to the abortion issue.

“And, the fact that he is telling women what to do with their bodies,” Gold began. She paused a second before Giles nodded and said, “Go for it.”

The implication that Gold was using to crack up the panel is one that’s made pretty often on the Democrat side, which is to suggest Graham is gay, apparently as an insult.

“Judy we would refer to that as an unconfirmed report,” said CNBC’s Insana getting in on it.

“Someone needs to find out!” said Plank.

Soooo, it’s ok to out someone on national television if they’re conservative? So, if you don’t like someone, your “morality” doesn’t apply?

I’m not a fan of Lindsey Graham but them mocking him for his sexuality seems a bit hypocritical when we’re constantly being lectured about tolerance.

But tolerance doesn’t apply if you stand up for life, I guess.