‘This is Christ-mas’: Actor Tim Allen Pushed Back on Original ‘The Santa Clauses’ Plot in Quest to Explore Holiday’s ‘Religious’ History 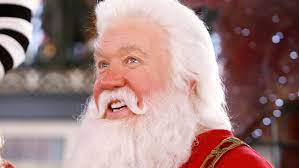 This is nice to see.

Hey, at least someone remembers Christmas should have something to do with Christ. Go Tim Allen!

Faith Wire: The 69-year-old comedian recently told “The Wrap” religion will be present in the new six-part series — an interesting diversion from the first three “The Santa Clause” films, as faith was never a part of those narratives.

Allen told the outlet the original plot for the Disney+ series had some elements he didn’t want to include, as he sought to focus on “Christ-mas” and the season’s true meaning.

“It originally had a lot of otherworldly characters, and ghosts, and goblins. I said, ‘No, this is Christ-mas. Its Christ-mas. It literally is a religious holiday,’” he said. “We don’t have to blow trumpets, but I do want you to acknowledge it; that’s what this is about. If you want to get into Santa Claus, you’re gonna have to go back to history, and it’s all about religion.”

Fans won’t see the “brilliant” way religion was tackled in the series until the final two episodes, but Allen seemed enthusiastic about the presentation.

“It’s really wonderful,” he said. “They took a chance, and we did it really well.”

Allen mirrored these comments last week in an interview with TV host Kelly Clarkson, explaining how the real story of St. Nicholas will be integrated into the series.

“We dive deep as it gets later about St. Nicholas and the Turkish priest that started this,” he said.

But Allen also delivered a powerful message about the power of giving to others.

“The heart of Christmas is about giving. Getting is what we’ve gotten used to … but the whole thing is about what it’s like to give,” he said. “Give as a father to his children. … It is so magic.”