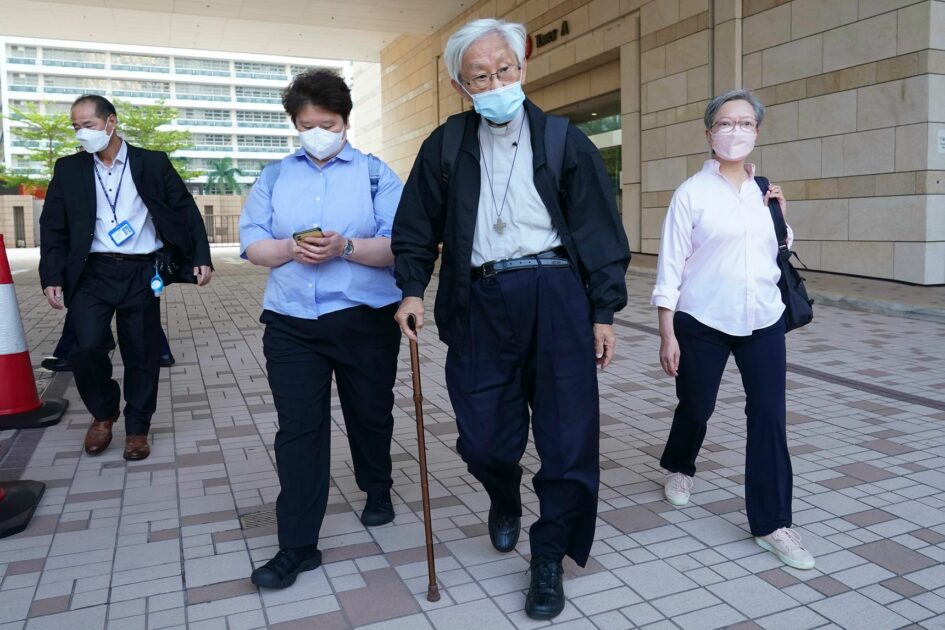 The 90-year-old bishop and courageous critic of China’s Communist Party was found guilty Friday on a charge relating to his role in a relief fund for Hong Kong’s pro-democracy protests in 2019.

Cardinal Joseph Zen and five others were found guilty of failing to register the now-defunct “612 Humanitarian Relief Fund.”

Retired bishop and longtime Hong Kong democracy advocate Cardinal Joseph Zen was convicted of failing to register a fund providing aid to antigovernment protesters, the latest court verdict in a continuing crackdown on dissent in the city.

The 90-year-old cardinal, along with other prominent activists including local pop singer Denise Ho and veteran barrister Margaret Ng, failed to file paperwork for the 612 Humanitarian Relief Fund, a court ruled Friday. The now-defunct fund offered financial and legal assistance to people arrested during the protests that convulsed the city from mid-2019 until China imposed a sweeping national-security law on the semiautonomous territory in the summer of 2020.

Five defendants who were trustees of the fund were each fined about $512; the sixth, described to the court as a secretary, was fined $320, with no jail time. The offense carries a maximum fine of less than $1,300 on a first conviction—a minor penalty compared with those imposed in other protest-related prosecutions…

No jail time is good. That’s the deal…for now.