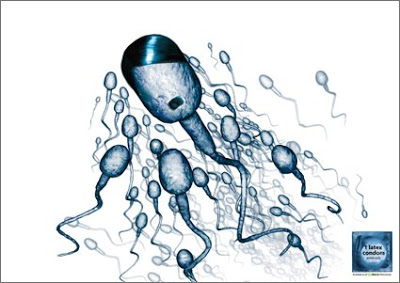 I think what’s most offensive about these new condom ads is that once again it makes the creation of life an evil. So in a world where two people choose to sleep with those they don’t particularly care for, who’s the bad guy? The baby, of course. That’s why the sperm is made to look like Osama bin Laden, Hitler and Mao. So here’s the upshot: If you don’t use condoms you’re probably going to give birth to a murderous dictator. The irony is that it’s exactly this kind of devaluation of human life which has led to the widespread murderous regimes of the past century.
HT The Corner