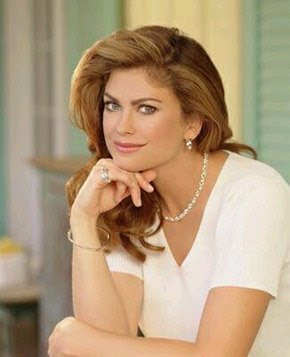 This report from Fox News really bugged the heck out of me. And this isn’t the first time.

This is just the latest example of such blatantly anti-pro-life garbage from the mainstream media.

And remember that Fox News censored Matt Drudge (remember his show?) when the network prevented him from showing photos of surgery on the fetus of Samuel Armas. Drudge wanted to use a picture of a tiny hand reaching out from the womb to dramatize his argument against late-term abortion, but Fox refused to allow him and Drudge bravely walked.

But just yesterday I read this story. As you might have heard, model Kathy Ireland announced that she was pro-life and here’s the headline Fox News gives the story:

KATHY IRELAND LASHES OUT AGAINST PRO-CHOICE

Now, I leave it to you to read this story and you look for the “lashing out.”
Read the story and let me know:

It’s no secret that the majority of Hollywood stars are strong advocates for a woman’s right to choose whether or not she wants to terminate a pregnancy, however former “Sports Illustrated” supermodel-turned-entrepreneur-turned-author Kathy Ireland has gone against the grain of the glitterati and spoken out against abortion.

“My entire life I was pro-choice — who was I to tell another woman what she could or couldn’t do with her body? But when I was 18, I became a Christian and I dove into the medical books, I dove into science,” Ireland told Tarts while promoting her insightful new book “Real Solutions for Busy Mom: Your Guide to Success and Sanity.”

However Ireland admitted that she did everything she could to avoid becoming a believer in pro-life.

“I called Planned Parenthood and begged them to give me their best argument and all they could come up with that it is really just a clump of cells and if you get it early enough it doesn’t even look like a baby. Well, we’re all clumps of cells and the unborn does not look like a baby the same way the baby does not look like a teenager, a teenager does not look like a senior citizen. That unborn baby looks exactly the way human beings are supposed to look at that stage of development. It doesn’t suddenly become a human being at a certain point in time,” Ireland argued. “I’ve also asked leading scientists across our country to please show me some shred of evidence that the unborn is not a human being. I didn’t want to be pro-life, but this is not a woman’s rights issue but a human rights issue.”

Ireland also asserted that she believes “no justification is adequate” (for an abortion) unless another the mother’s life is in danger.

“In that instant, your intention is not to kill but to save the life of another. If we’re about to demolish a building we make absolute certain there are no human beings in there before we take a wrecking ball to it, but the unborn doesn’t have a voice so it’s up to us to speak for them,” she added passionately. “If I see someone abusing a child I am going to stand up against that, and that’s how I feel about abortion. Women are not given all the facts, they’re told it is a harmless procedure and now it has turned into such a political football.”

The committed Christian and devoted mother even dedicated the chapter “Faith & Your Family” in her new book to her foundations in Christianity and believes that this is what’s missing from so many American families today.

“You have to figure out your own values and why you have them. People are going to try and push and pull at your convictions, so you have to have boundaries and put them in place,” she said.

Could you find the “lashing out?” Me neither. It might be more accurate to read this and say: