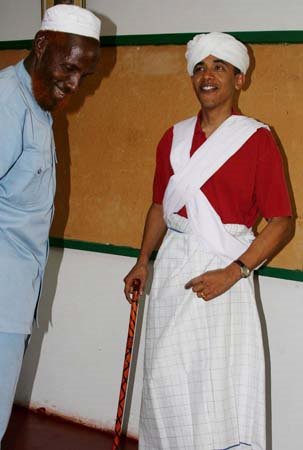 Remember when dear leader Presidente Obama said that America is not a Christian nation? I couldn’t imagine why he said that. (I had lots of theories) But now it’s clear. We’re a Muslim nation.

According to The Caucus: “And one of the points I want to make is, is that if you actually took the number of Muslim Americans, we’d be one of the largest Muslim countries in the world,” Mr. Obama said. “And so there’s got to be a better dialogue and a better understanding between the two peoples.”

Oh. I guess that explains it.