Lord of the Czars 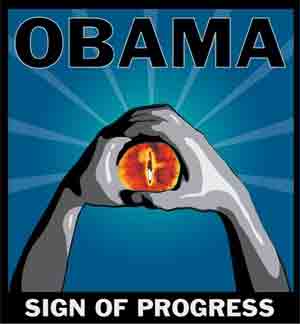 Three Billion for the Wall St. Kings with offices in the sky
Seven billion for the auto manufacturers and the unions drones
Nine for the insurance industry doomed to die
And for Lord Czaron, his Oval Office throne
In the land of the Washington where politicians lie

One Czar to rule them all, One Czar to find them
One Czar to bring them all and in the darkness bind them
In the land of the Washington where the politicians lie

It began with the forging of the Great Stimulus. Three billion was given to the Insurance wizards, immortal, wisest and fairest of all beings. Seven to the auto manufacturers, great builders and craftsmen of Detroit. And nine, nine billion was gifted to the bankers, who above all else desired power. For within these billions was bound the strength and the will to govern each race.

But they were all of them deceived for another bill was made. In the land of D.C. in the heat of the Oval Office, the Dark Lord Czaron forged in secret a master bill to control all others. And into this bill he poured his socialistic schemes, his malice for capitalism and his will to dominate all life. “One Czar to rule them all.”

Playing Now All Around the Country

Hopefully there will be no sequel!

HT to Jester for the first pic