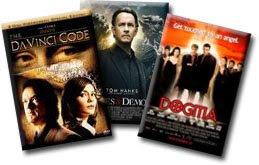 It has now been confirmed that President Obama will have an audience with Pope Benedict XVI on July 10th. In preparation for the momentous visit, the crack White House protocol office has sent the President a list of gifts to choose from.

After a series of embarrassing gaffes surrounding wildly inappropriate and narcissistic gifts given to heads of State, the President is determined to get this one right. These are the gifts that Obama has settled on.

Reliquary with Obama’s own hair & fingernails in it!
(Catholics are in to this kind of stuff!)
Pretty crystal necklace with beads and a cross for the Pope’s wife