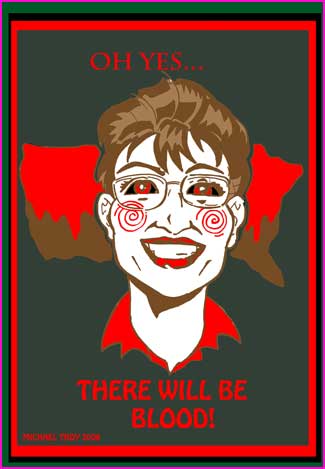 From Radio Equalizer: A new low has been reached in the world of Al Sharpton on his radio show.

FEMALE CALLER (31:50): He (Michael Jackson) is truly the soundtrack of my life. I also have a theory about Sarah Palin as well and I’m going to put it out there on radio, hopefully someone can investigate.

But, I think maybe she did something to Michael Jackson. Maybe there’s a scandal there. Maybe she’s stepping down because something’s about to come out. I don’t know, but I’m gonna just put it out there on your show so we’ll see.

SHARPTON: All right, thank you for your call, Ashley. That’s interesting. I’ll put it out, we’ll see. I don’t know.

It kind of makes you wonder what else Al Sharpton doesn’t know.