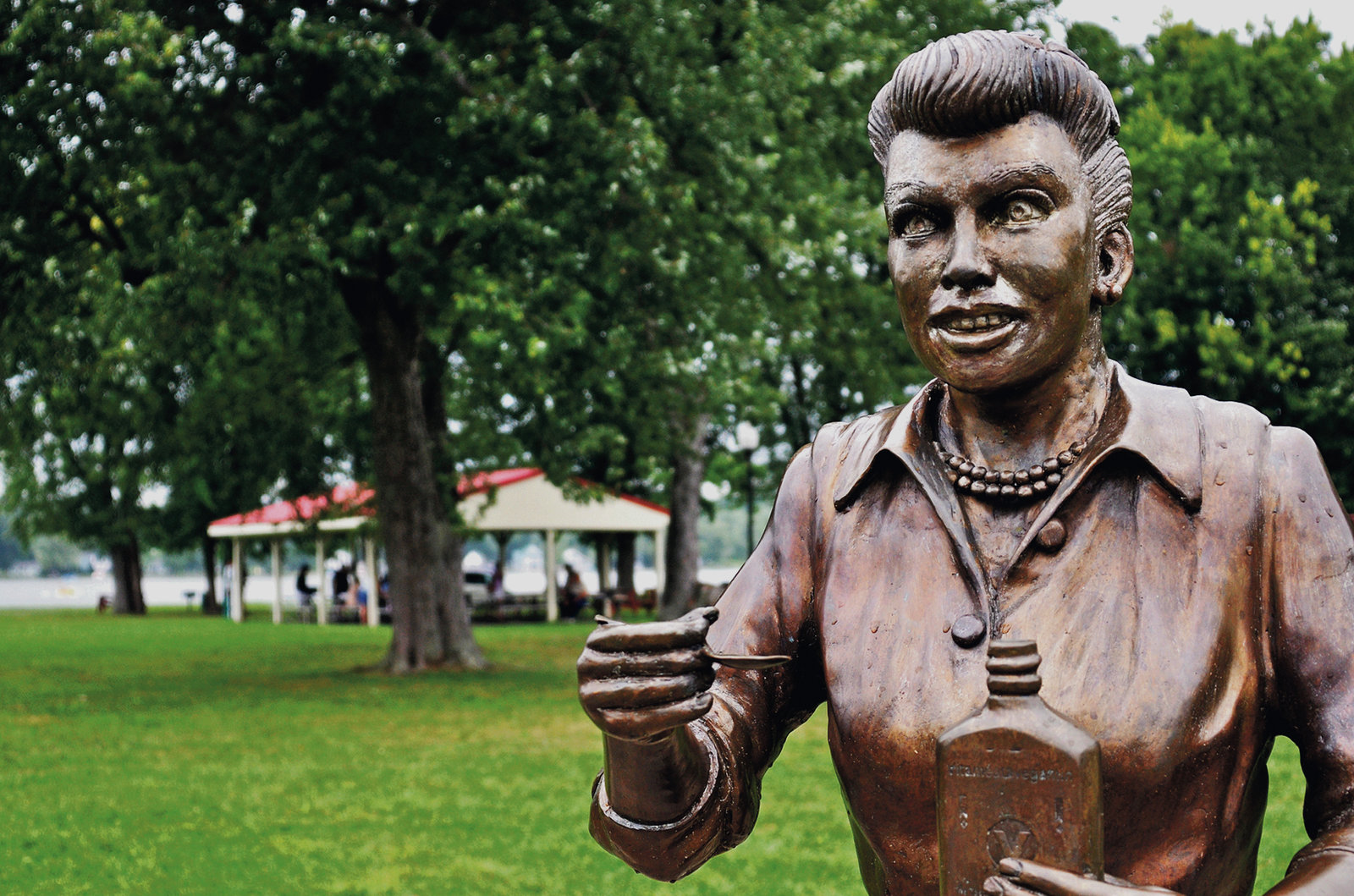 So they’re replacing that ugly and scary statue of Lucille Ball in her hometown. Finally, our national nightmare is over.

A new statue of the queen of comedy will be unveiled this weekend in her a hometown in Celoron, N.Y., and unlike the old one, this one actually looks like the Lucy everyone loves.

The new life-size bronze statue was created by noted sculptor Carolyn Palmer who won a national competition (involving more than 65 sculptors) for the honor of crafting a statue that will be unveiled on Aug. 6. It would have been Ball’s 105th birthday.

The new statue was commissioned to replace another sculpture unveiled just seven years ago. Critics complained the original didn’t even resemble Ball and it soon came to be known as “Scary Lucy.” Its creator, artist Dave Poulin, apologized for the work and offered to re-make the sculpture.

So since we’re talking about replacing weird and kinda’ ugly statues, when are we getting around to replacing this one.: