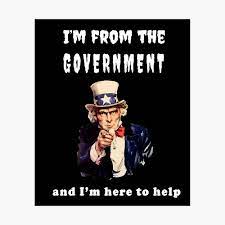 First we had parents losing custody of children because the child decided they wanted to be a child of the opposite gender. Now, we have a mom losing custody so a child can get vaxxed.

Dr. Robert Malone, the inventor of the very mRNA technology used in Pfizer and Moderna injections, was on with Steve Bannon on War Room today to explain the situation that’s unfolding in Boston, MA. A 14-year-old child who wants to be vaccinated could not get her parents’ permission, so the court has stepped in and revoked custody in order for her to get vaccinated without their consent.

“So, I’ve been called to testify as an expert witness in a court in Boston. The child who has been removed from their parents’ custody, a 14-year-old,” Malone said. “And the legal system is insisting on vaccinating this 14-year-old.

Not that it should matter, but the parents are not uninformed nincompoops. The mother is a high-level executive at a Biotech firm.

“The mother is objecting, and she’s a very senior Biotech executive,” Malone continued. “She’s highly informed. She’s made the decision not to vaccinate her child based upon the data. The courts have removed custody and are trying to force the child to accept vaccination. They’re so worked up, the parents have the capital, they’re going to fly me up to Boston to testify in court.”

This is such a big deal that I would be absolutely stunned if I saw anything about in the mainstream media. Think about that statement for a second. File that under sad but true.

I’d love to learn more about this situation but it’s nowhere. I’ll keep poking around.