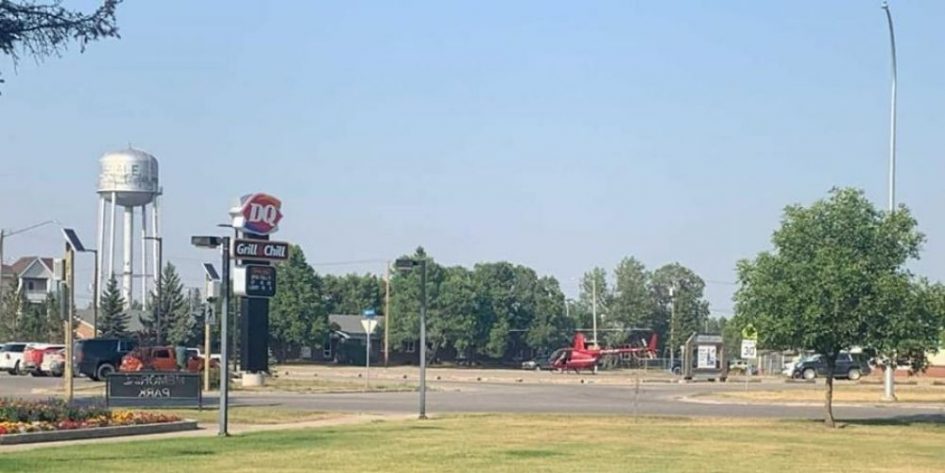 A man was reportedly charged after landing helicopter at Dairy Queen to pick up ice cream cake. I hope they charge him…with being awesome.

Let’s be honest, if a Dad did this for his kids he wins best Dad ever. Those kids would never stop telling that tale.

If he did it just because he had the munchies then he should go to rehab and then be released to a parade.