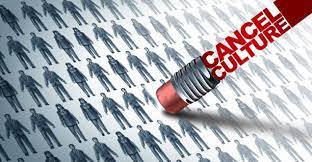 The CEO of of a video game company called Tripwire has been given the boot after daring to support Texas’ new abortion law, according to news reports.

OK. Technically, he resigned. But we all know what happened.

Tripwire, the video game company, put out an announcement saying, “The comments given by John Gibson are of his own opinion, and do not reflect those of Tripwire Interactive as a company. His comments disregarded the values of our whole team, our partners, and much of our broader community. Our leadership team at Tripwire are deeply sorry and are unified in our commitment to take swift action and to foster a more positive environment.”

Firstly, I love the fact that the CEO of a company that made games such as “Killing Floor” is pro-life. Kinda fun.

But secondly, this poor guy’s ouster is indicative of the intolerance of the left. If he’d tweeted out his support for abortion for all nine months of pregnancy, NOTHING would’ve happened. Maybe he gets a write up in a magazine about how brave he is. But if you dare to support the unborn, you must be banished from society.

Here’s a good quick summation of how it went down.

The company co-founded will hold a town hall meeting so all the nerds and geeks can carry on about how butthurt they are to discover that someone in their midst was pro-life.

Really, the main point I’m trying to make here is essentially that cancel culture sucks but more than that, we suck. We do. As activists we are the worst. We watch this stuff happen. We watch the culture turning on us. We allow the education establishment to be transformed into indoctrination centers. We allow ourselves to be censored by Big Tech.

We suck at this. We are unserious about the culture. Part of it is that we know we are not responsible for the culture as a whole. We are in charge of our souls and we are responsible for guiding the souls of those we love to Christ. So we focus on that and punt on the rest. But we are ignoring the fact that allowing the culture to turn into a sewer or depravity and despair impacts everyone. It makes it more difficult for others, including those we love, to find love, truth, and faith.

So, that is part of the truth. The other part is that we’re a little lazy, slothful, and cowardly. A little. Not you maybe but some of the other people reading this. I mean, me neither but you know, those other people. Totally lazy cowards, amiright? We should sit back and nod knowingly about how much those people suck, huh? I’m kidding. I lead the suck brigade but I’m too lazy to even carry the banner. I’ll just refer to it ironically. That’s how much I suck.

The truth is that unless Christians and pro-lifers start pushing back in a real way against government overreach, big tech censorship, and being maligned by the media consequence free, this will spiral into full blown persecution. Pray that it doesn’t and let’s act to prevent it.