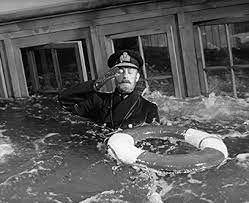 In a stunning turn of events that nobody could’ve seen coming, all of America’s enemies united to declare war on the US just moments after the US Navy christened their new ship after Harvey Milk. The christening was performed by a transgender veteran.

Harvey Milk was a degenerate pederast who preyed on teenage boys. He was the Kevin Spacey of his time. And now he has a Navy ship named after him. We will lose our next war and deserve it. https://t.co/D85OQJti7i

There was some confusion just before the ship took to sea as to where the missiles went in to the ship but the officers insisted that the missiles could be inserted anywhere they wanted them inserted. Reportedly, the ship’s commander teared up, cheered this belief on, and mumbled something about how beautiful the new navy is.

Moments later, the ship was lost at sea.