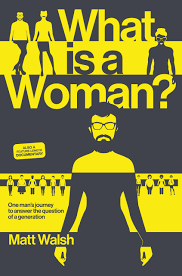 Ad there you have it. All it took for the mainstream media to remember how to define “woman” was threatening the overturning of Roe v. Wade.

The Independent: “Women’s lives will be collateral damage if Roe v Wade is overturned”

MSNBC: “Overturn of Roe v. Wade would be ‘Hugest step back for women in decades”

USA Today: “Abortions in Mexico? If Roe v. Wade is overturned, women will still have options”

Well, it looks like we figured out what a “woman” was. They’re victims. Got it.