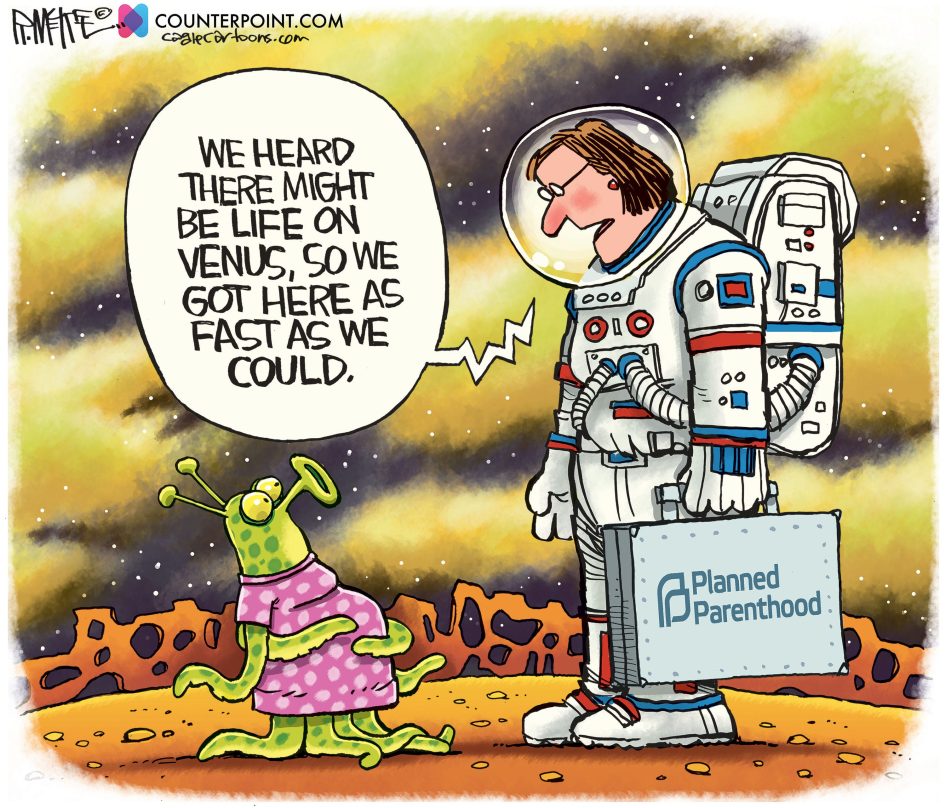 What? You thought they wouldn’t figure out a way to profit off the destruction of children? It’s what they do.

Just to be clear, Planned Parenthood is the Terminator in this little metaphor.

The Federalist reports that “Planned Parenthood Profits Big From Getting Kids Hooked On Transgender Hormones Through The School-To-Clinic Pipeline.”

Planned Parenthood has quietly been in the gender transition business since at least 2017. Today, more than a third of its offices — 239 clinics in more than 40 states — provide transgender services. And it’s not stopping there.

Already thousands of kids are getting hormones like candy. Three California regional offices of Planned Parenthood recorded almost 4,000 gender-related visits from July 2019 to June 2021. In one California region, more than 750 cycles of hormones were prescribed in a year. These numbers are not representative for California; other Planned Parenthood offices in the state don’t even bother reporting these services.

Planned Parenthood offices state they only offer hormones to minors aged 16 or older with parental consent, but that is not the whole truth. In California, minors may receive “sensitive care,” like transition services, without parental permission. Given Planned Parenthood’s past deception, there’s no reason to think the organization won’t bend its own rules for profit.

And that’s just California. Thirty-three states plus D.C. have laws that, to some degree, allow minors to obtain routine health care without parental consent. In states where “gender affirming care” is deemed “medically necessary,” minors may be able to transition without parents knowing. And hormones may just be one Planned Parenthood appointment away.

All of this is deeply troubling. Despite Planned Parenthood’s deceptive marketing, transition is not proven to be the best medical practice. We know that 88 to 98 percent of gender dysphoric kids will reconcile with their biological sex if allowed to go through puberty “untreated.” Moreover, those who do transition are estimated to be 19 times more likely to commit suicide than their peers.

Hahahahahaah!!!! You thought that children’s deaths would scare Planned Parenthood off from doing something. For them, that’s a feature, not a bug.