If Only Teachers Could Marry. Study Says at Least One Teacher Charged with Sex Crimes Per Day 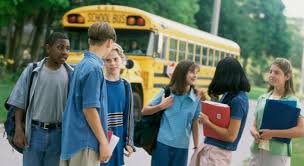 Fox News analyzed local news stories regarding arrests of teachers and teachers’ aides for child sex-related crimes between Jan. 1 and May 13. Shockingly, the news outlet recorded 135 educators being arrested in that brief timeframe of 132 days – which equates to an average of more than one teacher arrested for a child sex crime per day.

According to the research, the offenders were overwhelmingly men – 102 male teachers were charged, accounting for 76% of all the crimes against children.

But I was told sex crimes against minors only occurred in the Church. Was I misinformed?

Can we just take that number in again. 135 educators arrested within 132 days. Can you imagine covering this up?

This epidemic of abusing children is being ignored because our elites don’t want to give fodder to the right wing which has already expressed great concerns about public schools. So, in short, the children must suffer so that the left can win in the midterms and forever after. We must not allow the plebes to question our institutions.