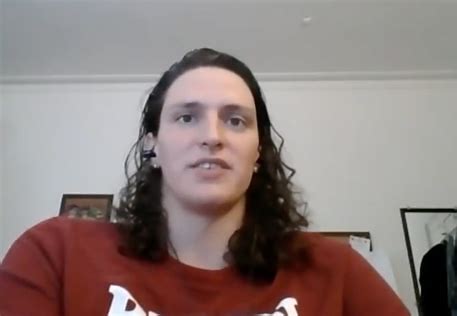 Insanity had its long unbeaten streak that lasted unblemished throughout the 21st century today when when the world swimming’s governing body has effectively banned transgender women from competing in women’s events.

FINA members widely adopted a new “gender inclusion policy” on Sunday that only permits swimmers who transitioned before age 12 to compete in women’s events. The organization also proposed an “open competition category.”

“This is not saying that people are encouraged to transition by the age of 12. It’s what the scientists are saying, that if you transition after the start of puberty, you have an advantage, which is unfair,” James Pearce, who is the spokesperson for FINA president Husain Al-Musallam, told The Associated Press.

“They’re not saying everyone should transition by age 11, that’s ridiculous. You can’t transition by that age in most countries and hopefully you wouldn’t be encouraged to. Basically, what they’re saying is that it is not feasible for people who have transitioned to compete without having an advantage.”

And there’s no truth to the rumors that Lia Thomas is planning on handling this heartache by downing some brewskis with buddies and maybe getting into a fight…y’know how all girls handle their problems.

Just kidding. There is probably truth to that rumor.

I’m not crazy about the age restriction business because it might just push demented parents to transition their children earlier. But let’s hope not. Let’s take the W and not worry too much about crazy people because crazy people gonna’ crazy.

Let’s be glad that female athletes got a fair shake today.