Masonic infiltration of the Vatican: The Evidence 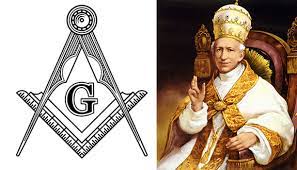 Father Charles Murr, author of the book Murder in the 33rd Degree: The Gagnon Investigation into Vatican Freemasonry, lays out the compelling evidence of the Masonic infiltration in the Vatican that influenced the changes witnessed by the Church over the past century. He joins John Henry Westen: