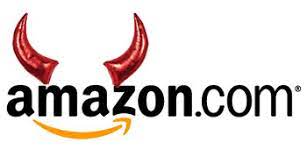 I’m kinda’ conflicted here. I think Amazon needs to go down. I think it’s destroying America from the inside out. So when I hear pro-aborts call on Amazon to pull out of pro-life states I’m kinda’ with them. Do it, Amazon. Do it Now!!!

I’m standing with the woke!!!

“A group of pro-abortion Amazon employees wrote to corporate leadership on Monday demanding that the company withdraw business from pro-life states in the wake of Roe v. Wade’s fall, according to a letter obtained by the exposé Twitter account Libs of TikTok.

The notice listed nine employee exhortations, the most drastic of which told company executives to “cease operations in states that enact laws that threaten the lives and liberty of abortion seekers, either by denying healthcare in life-threatening circumstances or by criminalizing abortion seekers and providers.” Such a decision would shut down more than 100 Amazon fulfillment centers, software development centers, and customer service centers, slashing billions in revenue and more than 150,000 jobs.

Other demands include publicly denouncing the abortion ruling, giving time off for employees to “grieve,” organizing company protests, and removing products on the site that “encourage hate speech or violence toward abortion seekers.”

“Given the attacks on our democracy, and the continued deterioration of our rights, we believe the time to act is now,” the letter reads.”

Woke Amazon probably won’t go for this. Oh, they’ll issue a strongly worded statement and they’ll maybe pay for workers to cross state lines for abortions but they’ll stop short of pulling out of pro-life states.

The funny thing is that some of these people are not understanding that if Amazon were to do this, they’d have to cut employment so they’re literally petitioning for people to lose their jobs, maybe even themselves.

Amazon likely won’t destroy itself. We’re going to have to figure out a way to do it ourselves.