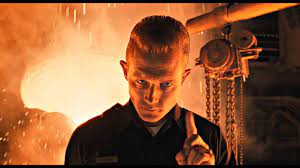 You know the moment at the end of Terminator 2 where the evil liquid metal Terminator gets tossed into the lava pit. And in its last desperate attempts to evade its grisly fate, it transmogrifies wildly just trying to keep itself alive.

Well, that’s what the Democrats are doing with Roe right now.

These are sad and desperate attempts to try anything.

Can you imagine the insanity of building abortion clinics on federal lands in pro-life states just to keep abortion access. How addicted are you to death? Or is it that these politicians are addicted to that Big Abortion money that flows so freely in DC?

I don’t know why they’re so worried. Abortion is only 3% of what Planned Parenthood does, right? It should have no problems then.