Our Republic stands upon the edge of a knife. Stray but a little, and it will fail, to the ruin of all. Yet hope remains… 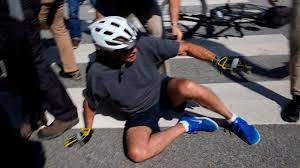 A few days after the Supreme Court overturned Roe v. Wade, President Biden is announcing his support for getting rid of the filibuster rule in order for Congress to codify the right to an abortion into law.

This would be a disaster for our Republic.

Pray that Senators Joe Manchin and Kristen Sinema stand strong on this.

Think about the message that sends. The court took the issue of abortion out of the hands of people by claiming there was a right to abortion in the emanations and penumbras of the Constitution. So pro-lifers worked for half a century to see justices nominated who viewed the Constitution through an originalist framework.

And it finally happened.

So now they’ll change the rules of the legislature in order to ensure that abortion is a right. In short, the left will be telling the right we no longer have a republic. No matter what you do, no matter what you say we will twist and contort the rules and laws to override you.

This is a dangerous path, telling half the country that they no longer have a voice in the republic. In fact, the very nature of our system would be changed by changing the filibuster rules. A 51 vote majority in the Senate would see our country taking on massive new laws only to see them ripped down a year later and replaced by other laws which would then be torn down themselves.

That is how you get insta-banana republic.

If The Democrats do this, this country will likely not recover.

To be clear, Joe Biden is saying that this would be a one-time thing. Just for abortion. Alone, that is dangerous. But since when have politicians showed restraint and not abused an opportunity. They would use this constantly.

Joe Biden, with this one move, could topple our country.

Pray that they fail.