Whoopi: If God Didn’t Want Abortions Why Did He Give Us Free Will? 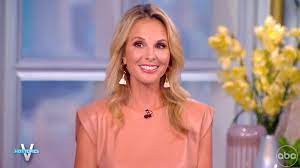 Wow. This is stupid. And offensive.

What’s worse is that those brain dead sad sacks in the audience applauded this stupidity.

Goldberg says "God doesn't make mistakes" and thus it's in his plan to have women choose abortion."God made us smart enough to know when it wasn't going to work for us. That's the beauty of giving us freedom of choice."
"My relationship [with God] is always choppy," she adds. pic.twitter.com/nUysEfP6zv

What awful deed can’t be excused with Whoopi’s logic? Hey, God gave me free will so therefore my choice is to murder?

It’s no surprise that Whoopi recently downplayed the holocaust. Of course she did. With that logic, everything is permitted.

Elizabeth Hasselback was there to argue the pro-life side but then Whoopi ridiculously says that everyone there is “pro-life.” Just because they’re pro-death doesn’t mean they’re not pro-life, right?

It’s not what the great theologian Whoopi said, it’s that this is being funneled into millions of living rooms and people are accepting this idiocy as legitimate.