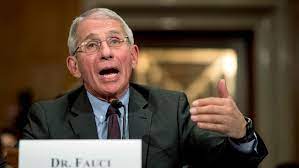 I seem to remember people being banned from social media for saying this kind of thing. Is this ok now or are we still pretending that Anthony Fauci, US funding, and a Chinese lab had nothing to do with the creation of Covid?

The Blaze: The chairman of the Lancet’s COVID-19 Commission has come forward to say that he is “pretty convinced” that the pandemic’s origin is from “U.S. lab biotechnology.” He also warns that even more dangerous research is happening right now – which could be why governments don’t seem to be interested in investigating the origins of COVID-19.

In November 2020, Sachs assembled a task force for the prestigious medical journal to determine the origins of COVID-19…

A video went viral last month featuring Sachs proclaiming that “after two years of intensive work,” he is “pretty convinced” that COVID-19 originated from “U.S. lab biotechnology, not out of nature.”

“So it’s a blunder in my view of biotech, not an accident of a natural spillover,” he said. “We don’t know for sure, I should be absolutely clear.”

Sachs noted, “But there’s enough evidence that it should be looked into. And it’s not being investigated, not in the United States, not anywhere. And I think for real reasons that they don’t want to look underneath the rug.”

In the interview with Current Affairs editor Nathan Robinson, Sachs suggested that scientists were “creating a narrative” of COVID’s origins early in the pandemic by collectively claiming that COVID-19 naturally originated from the Wuhan wet market without definitive evidence.

This is progress but mainstream media is still covering up for Fauci and the Chinese. The truth will eventually be known. It just takes a while of people being brave enough to withstand the bullying thuggery of the radical asshatery of the left.