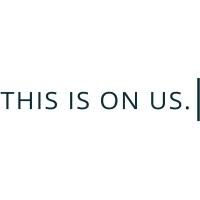 We are just not taking our local elections seriously. These schools are where people send their children. We have to wake up and stop electing radical weirdoes onto the school board. I mean, when the school board of Fargo, North freakin’ Dakota nixes the pledge of allegiance because it mentions God, this is on us.

Vote out your school board. Run for school board. The days where we can trust these people to safeguard our children or even to have some moral sense are gone.

Democracy requires diligence. For decades we’ve assumed that the people running for local office were decent people with good intentions. We were wrong. There has been a secular leftist takeover of every branch of government, the media, and academia. They did this while we paid our taxes and raised our children.

We messed up. We trusted them. We can not make that mistake any longer.

NY Post: A North Dakota school board has nixed reciting the Pledge of Allegiance before each meeting — deciding it didn’t align with the district’s values.

The Fargo School Board voted 7-2 Tuesday to drop the Pledge from the start of its bi-weekly meetings because members didn’t feel it was inclusive, apparently taking issue with the phrase: “under God,” according to North Dakota newspaper Inforum.

Board member Seth Holden said that because “the word ‘God’ in the text of the Pledge of Allegiance is capitalized … the text is clearly referring to the Judeo-Christian god and therefore, it does not include any other faith such as Islam, Hinduism, Buddhism, all of which are practiced by our staff and students.”

Holden also said it excluded those in Fargo schools who don’t believe in god. He claimed he is not against the Pledge itself, but that it can’t be said in a school committed to diversity, equity and inclusion, Inforum reported.

This is, of course, a lie. This has all been heard before and dismissed by the highest court in the land. But the left doesn’t care about the truth. They will keep doing things like this until they win and then they’ll scream that it can’t be overturned. Hey, here’s another reason the Supreme Court should be stacked with a few more justices, amirite?