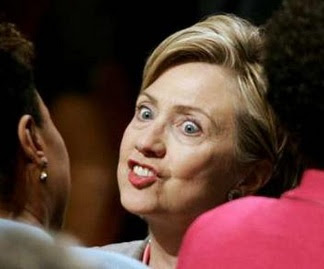 Why just yesterday I told you that the “resurrected Hillary” is a zombie. Apparently, Obama’s key foreign policy aide agrees. Samantha Power in an interview with the Scotsman let slip that she recognizes the undead when she sees them.

“She is a monster, too – that is off the record – she is stooping to anything…You just look at her and think: ergh.”

I believe that it is pronounced aaaarrrrgghhh!

I don’t disagree with Ms. Power’s assessment, however leading the charge for Obama v. Hillary is like picking a side in the Freddy vs. Jason movie. Sure you can have loyalty and root for your monster. You can shout at the screen an hope that Jason whoops on Freddy or hope that Freddy slices up Jason. Fine, pick your monster. But either way, you are merely a loyal henchman for the villain.