No Communion For The Usual Suspects

The American Life League doesn’t pull punches. They are running a full page ads in The Washington Times and The Politico. The ad basically asks the the Holy Father to give the cold shoulder to any of the more infamous Catholic politicos if they are stupid enough to present themselves for communion.

I hope that they would know better, but you never know. The ad says the following:

Most Holy Father, The great majority of “Catholic politicians openly support legalized abortion — yet week after week they’re allowed to participate in the Sacrament of the Holy Eucharist.

What are average Americans to think when we see our priests and bishops seemingly indifferent to the teaching of the Church?

We fear that, during your visit to our nation’s capital, some of the more infamous of these derelict Catholics may present themselves to you to receive the body and blood of Christ in the Holy Eucharist.

Our reason for this concern stems from the fact that Archbishop Donald Wuerl, in whose diocese many of these pro-abortion Catholics reside when Congress is in session, has not made it clear that he will deny the Holy Eucharist to these people. Further, he has not instructed his priests, deacons and extraordinary ministers of the Eucharist to enforce Church law, Canon 915.

We are therefore publishing the pictures of the most egregious offenders, as we truly believe that if they were to receive the Holy Eucharist from you, such an action would create scandal.

So who is on th blacklist? Arnold, a couple of Kennedys, Biden, Leahy, Dodd, and of course Nancy Pelosi. In other words, the usual suspects. 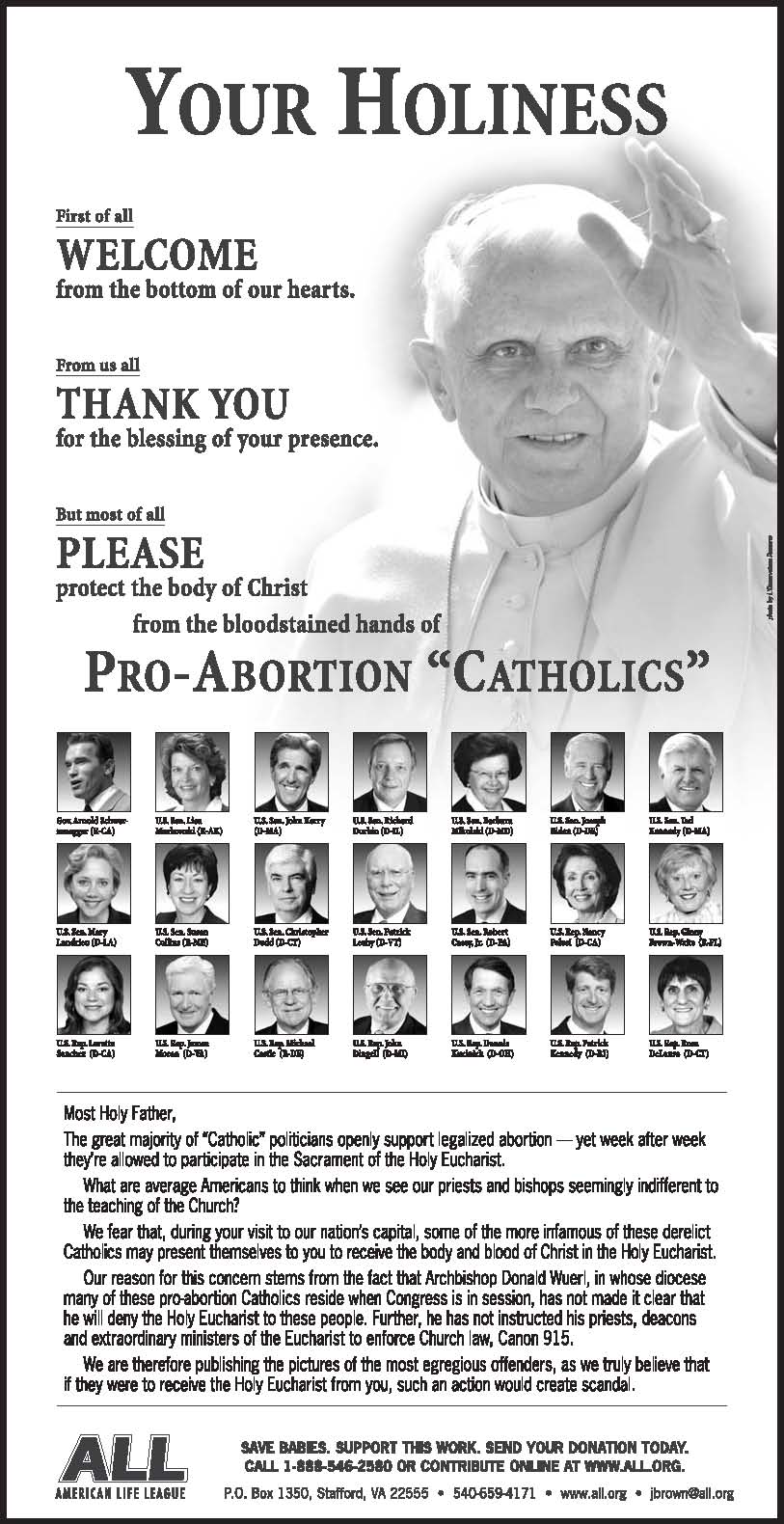