Does This Picture Scare the…Out of You? 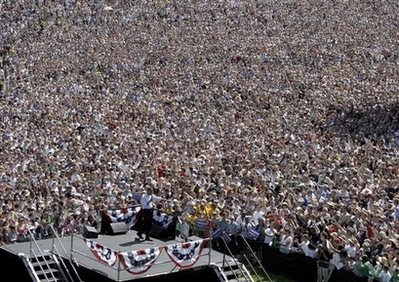 I can’t be the only one to say “Uh-oh” about this picture of Obama, right? Can you say a cult of personality?